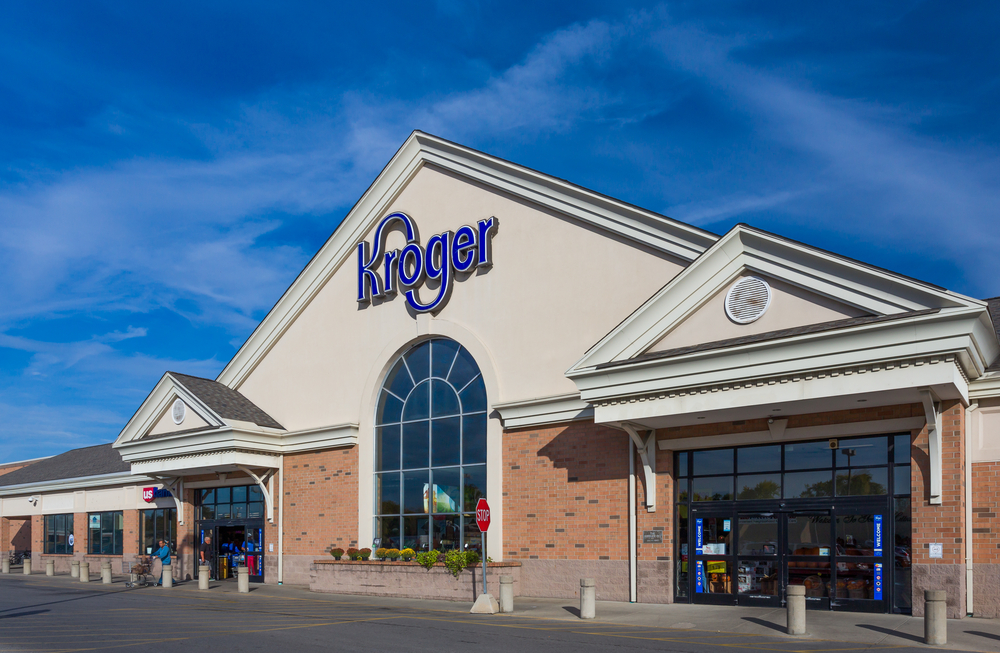 Earlier this week, Bloomberg reported that Kroger was in discussions with Albertsons regarding a potential merger between the two companies. On Friday, the companies announced that they had entered into a definitive merger agreement, with Kroger acquiring Albertsons for $24.6B (including the assumption of $4.7B in Albertsons’ net debt). The combined entity would create the second largest grocery store chain behind Walmart; Kroger represents the number-two chain in the U.S. with 9.9% revenue market share while Albertsons is the number-four chain with 5.7% revenue market share according to the Bloomberg article citing Numerator data. As pointed out in the merger announcement, the companies on a combined basis (before divestitures) posted $210 billion in revenue and $11.6 billion of adjusted EBITDA in fiscal 2021.

In what has already been a disruptive year across the grocery store space amid inflationary headwinds, Amazon’s increased push into physical grocery, and consumers shift to hard discounters like Aldi, a Kroger and Albertsons merger would have a significant ripple effect. For starters, it would bring a wide number of grocery store banners under one umbrella, including Kroger, Ralphs, Smith’s, King Soopers, Frys, and Pick & Save for Kroger Co. and Albertsons, Safeway, Vons, Jewel-Osco, Shaw's, Acme, Tom Thumb, and Randalls for Albertsons. At present, the two companies have almost 5,000 physical stores, 4,000 pharmacies, and 2,000 fuel centers with a presence in 48 states (see below).

Perhaps the most immediate impact on the grocery category would be actions needed to complete the transaction. Given the size of these two chains, it’s not surprising that the companies expect to make store divestitures to obtain the necessary regulatory clearance to complete the transaction. The companies announced that Albertsons is prepared to establish a subsidiary company that would contain 100-375 stores and be spun-off as a standalone public company to Albertsons shareholders (with the announced $34.10 per share offer price adjusted downward to reflect the adjusted four-wall EBITDA of the stores contributed to spun-off entity as well as special dividend of $4B).

To help identify which brands might be affected by antitrust concerns to complete a deal, we’ve presented banner-level cross-visitation data below. For this exercise, we’ve looked at nationwide cross-shopping data for each of the company’s major grocery banners, and which banners that more frequent visitors (more than 3 visits the trailing twelve months) also visited over that corresponding period. Not surprising given the map above, our data suggests the greatest visitation overlap in the Southwest, particularly with Ralphs and VONS in Southern California (both around 200 locations), Smith’s and Albertsons in Nevada (45 and 35 locations, respectively) and New Mexico (25 and 30 locations, respectively), King Soopers and Safeway in Colorado (120 locations and 100 locations, respectively), and Fry's and Safeway in Arizona (125 and 105 locations, respectively). We suspect that the Albertsons spin-off company would largely come from a combination of these banners. There are a few additional markets that may require divestitures to meet regulatory requirements–namely Chicago, where there is strong overlap between Jewel-Osco and Mariano’s–but we believe any divested locations in markets outside the Southwest would likely end up with other strategic or financial buyers in their respective regions.

Beyond creating one of the largest grocery chains in the United States, a Kroger-Albertsons transaction would also have implications for the world of online grocery (which we believe is likely a key motivation behind Kroger’s interest in Albertsons). We’ve previously mentioned that the Just-for-U loyalty program and app is one of Albertsons’ key competitive advantages (and has helped to drive visitation trends among its most loyal households) while also monitoring increased visitation trends at Kroger’s Ocado-backed fulfillment centers (which has continued in recent months, with visits to Kroger's Groveland, Florida and Middletown, Ohio customer fulfillment centers (CFCs) seeing recent visitation trends nearly double compared to a year ago). By combining an app that has proven to be an effective tool in driving customer visitation frequency with a more seamless online ordering experience through the Ocado fulfillment centers (as well as Albertsons President and CFO Sharon McCollam, who has extensive digital commerce experience from her prior roles at Williams-Sonoma and Best Buy), the combined Kroger and Albertsons is positioned to be a disruptive presence in online grocery going forward.

We've spoken quite a bit about the consumer shift toward hard discounters and other value priced grocers in recent months (below). While a combined Kroger/Albertsons still wouldn’t completely narrow the pricing gap with hard discounters – which owe a lot of their low pricing to outsized private label portfolios or opportunistic surplus inventory models like Grocery Outlet – we believe the estimated $1B in run-rate cost savings between the two chains will allow the company to invest in both experience and pricing to better compete and differentiate itself from the discount chains.

The other significant opportunity coming out of this transaction is with alternative profit centers like retail media networks (something Placer.ai recently examined in a whitepaper). With a reach of almost 85M households nationwide, the companies see a collective $1.5B opportunity through media networks (including the Albertsons Cos. Media Collective), Kroger Personal Finance, and Customer Insights, each of which offers the combined company a higher-margin opportunity compared to its core grocery store operations but will also take time to refine.