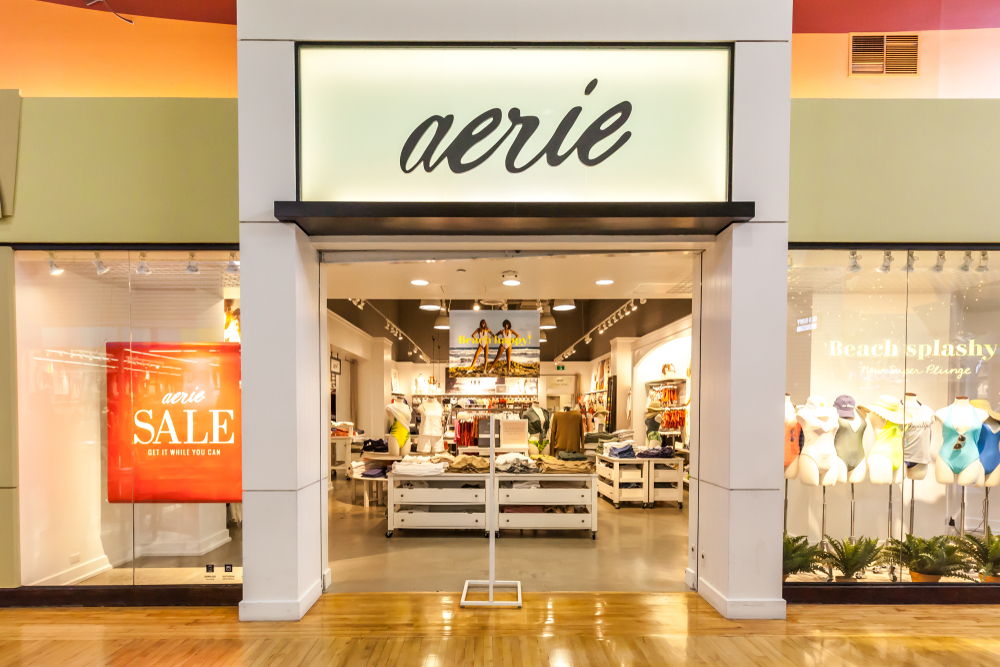 For decades, Victoria’s Secret was the undisputed queen in the lingerie category.  However, as backlash towards airbrushed and unrealistic models increased, newer brick-and-mortar entrants such as Aerie, as well as DTC competitors such as True & Co, Lively, and Thirdlove with their focus on “real women” and “real bodies” started to carve into Victoria’s Secret’s market share.

While Victoria’s Secret still has a lion’s share of traffic, and Soma Intimates holds fairly steady, looking at YoY variance reveals that Aerie is seeing much higher YoY growth.  In particular, we see large peaks for Aerie for Thanksgiving weekend and end-of-the year holiday shoping (below).

In a year where many retailers saw a dip in June due to inflation, Aerie continued to see foot traffic higher than the comparable time period last year.

Taking a longer-term perspective, the share of visits over a four-year period of time reveals how Aerie has been gradually increasing its share of market.

However, the impact of Victoria’s Secret’s semi-annual sale, typically the week or two after Christmas shows that this year had a higher proportion of bargain-savvy shoppers waiting until after the holidays.  While last year’s foot traffic to Victoria’s Secret was higher over the Thanksgiving Weekend, this year a greater number of shoppers waited for the post-Christmas sales to do some of their shopping.

Caroline is an experienced insights and intelligence professional who combines brand and business strategy to achieve market leadership. Specializing in retail, CRE, entertainment, media, CPG, and tourism, she takes a multi-disciplinary approach to synthesize broad datasets into actionable recommendations for growth.

She has held various senior positions including US Director of Consumer Insights at Unibail-Rodamco-Westfield, VP/Head of Retail Insights and Intelligence at Omnicom, and Senior Director at Kantar.  Earlier in her career she was a brand strategy consultant at Prophet, and has also worked client side in research and insights at 20th Century Fox and National Geographic.